Quite recently on Discord there was, once again, a discussion about randomness in the Movie Business. More specifically, some players have a problem with the game's overall assumptions about total randomness when it comes to judging the creators' performances in the film. I do not want to develop this topic again (as I mentioned it in the game manifesto Movie Business for Beginners), because I consider it to be the main mechanics of the game, which makes the Movie Business a unique production and has its own character.

However, I decided to give doubters the opportunity to experiment with this randomness and find out for yourself why turning off this element will negatively affect the long-term gameplay.

Well, in the 2022 Edition, donors will receive a new cheat code "I do not understand art", which will change one of the key algorithms of the game affecting randomness. 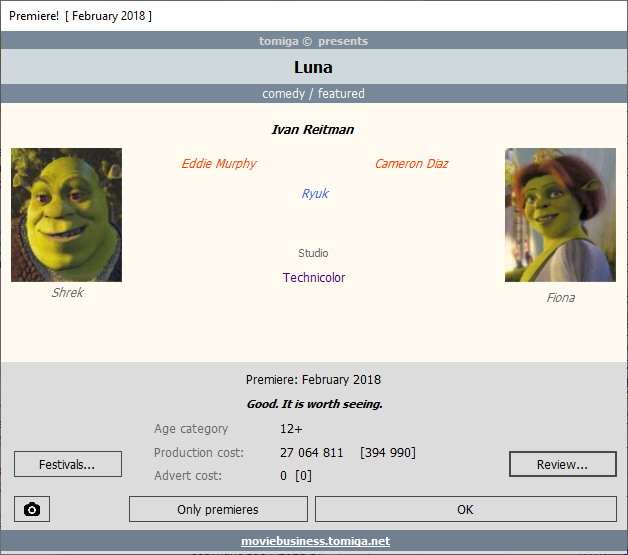 Today, a brief summary of some of the latest news that will appear in the 2021 edition. 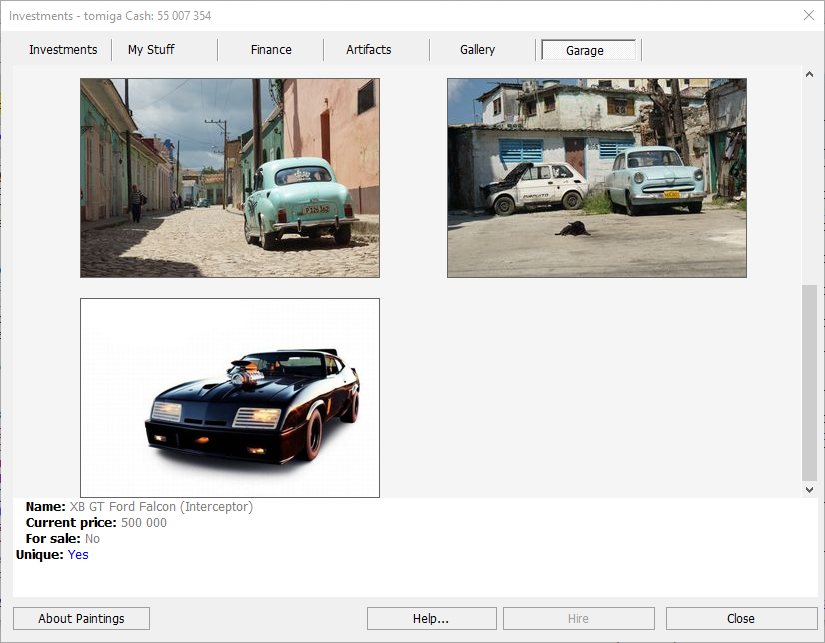 Some time ago, one of the players suggested that after winning an Oscar, it should bepossible to give an Oscar speech. In the new edition you will have this opportunity. 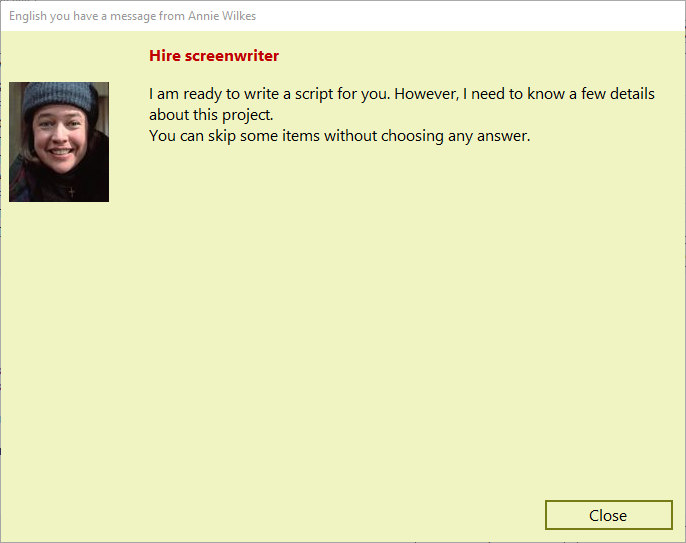 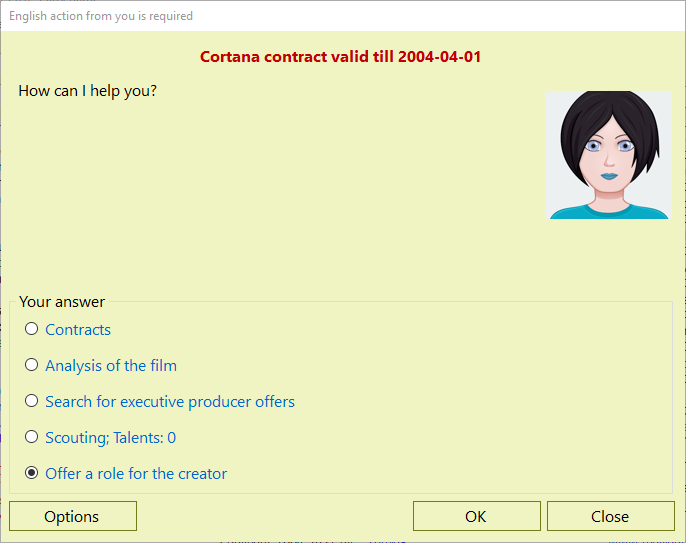 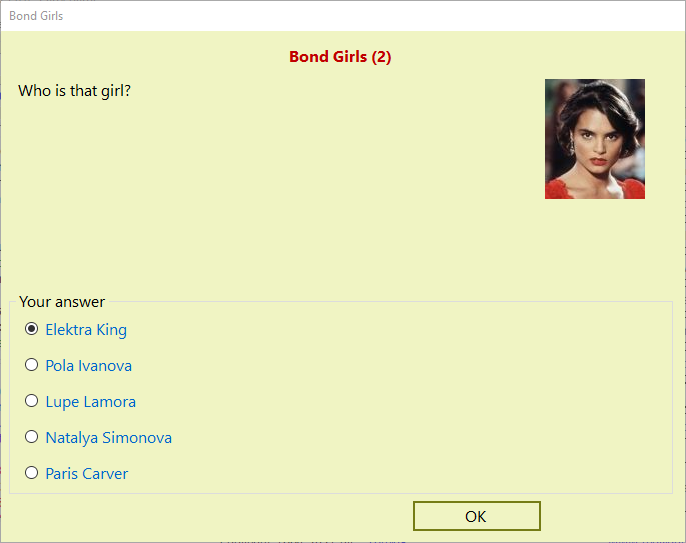 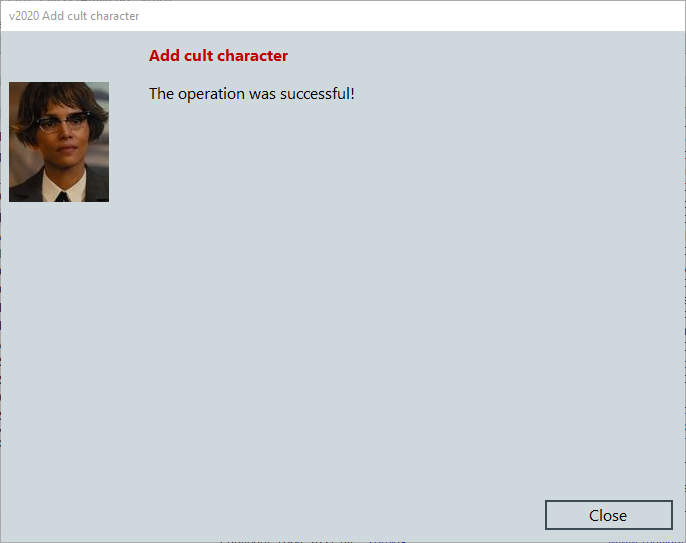 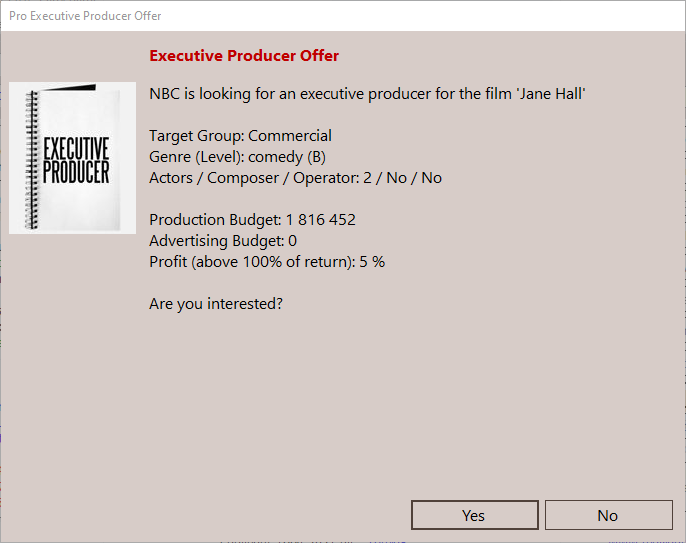 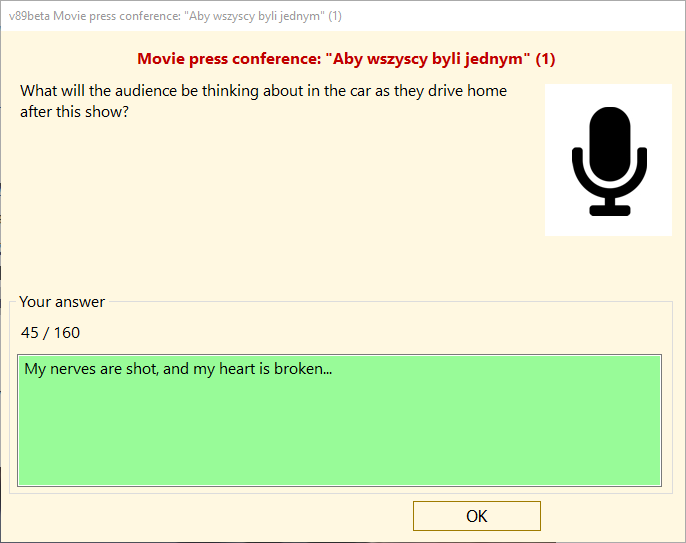 After the recent announcements about the changes in consecutive numbering technical version of the game, today for the first time the particulars. And they apply to festivals. 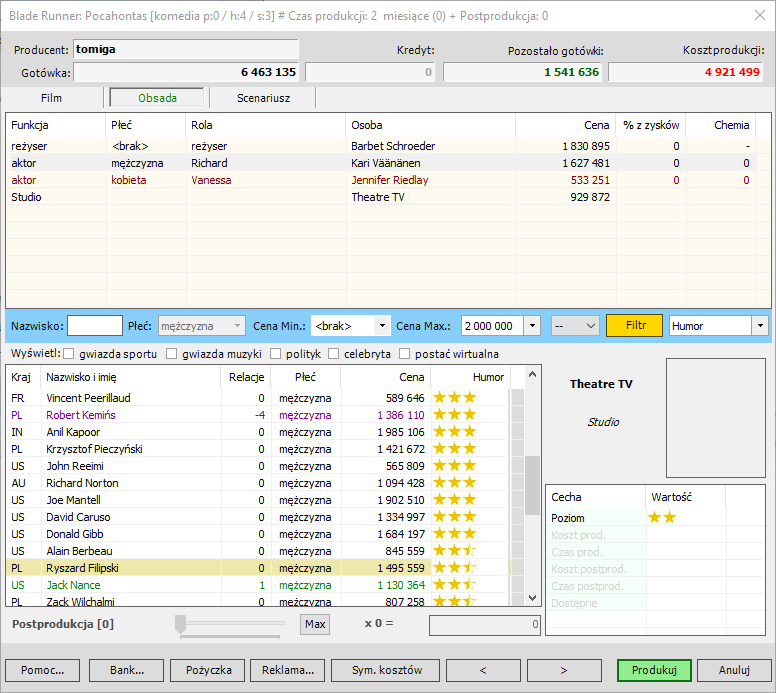 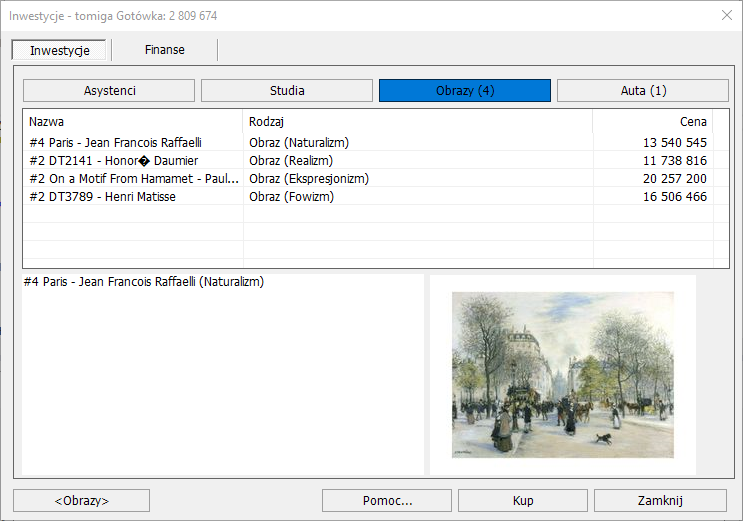 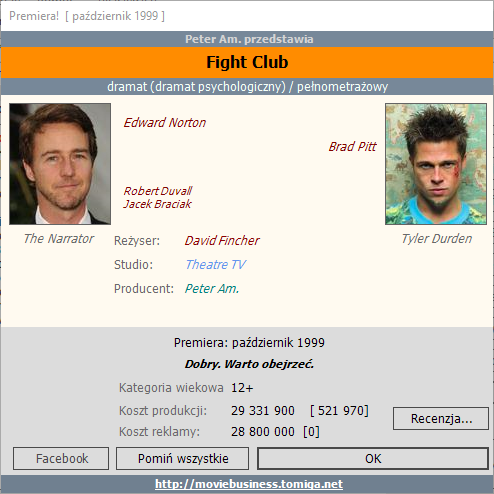 One of the more frequent complaints that occur in relation to the games, ranked primarily by beginners, is its randomness. Sheer randomness, however, is not the problem but the fact that often the Player cannot see the consequences of this randomness (in addition to the final assessment of the film). This situation occurs for example. during production of the film, when you make many calculations and some of them depends on certain factors. While some of them are visible to the player (such as star rating performance of the creators) is the other are not shown anywhere else.

The antidote for improving the current situation to be "production report" published after the war and show in detail several so far not visible decision pseudo random, which ultimately affected the final result of the film.

This report aims to facilitate understanding of the player why a particular film came out so and not otherwise. Not always the production report will contain some information – may be empty (that is, that there was some undesired random elements in addition to the performance artists).

This report can be useful in the future, when more features ... but more on that in subsequent episodes.

All who follow social networks (Facebook / Google ) official game profile already know that work is underway on the next version. Today it is time for the first details associated with it. The first one goes, executive producer.

The idea of executive producer appeared inspired by the comments from the author Level Design for beginners Jacek Wesołowski. It turned out that BF2 doesn't allow safe experimentation. Failed decisions at the beginning of the game will result in a rapid defeat and discouragement among beginners. Remedy for it to be introduced recently short films ... They are cheaper to produce what in practice means to take less risk. Unfortunately, it seems that this idea was ultimately not good enough in practice.