Currently, there is an option in the Movie Business called cult characters which allows you to change the photo of characters playing iconic roles in famous films. In the new version, I will expand the ability to modify the displayed photos of the creators… with monsters! 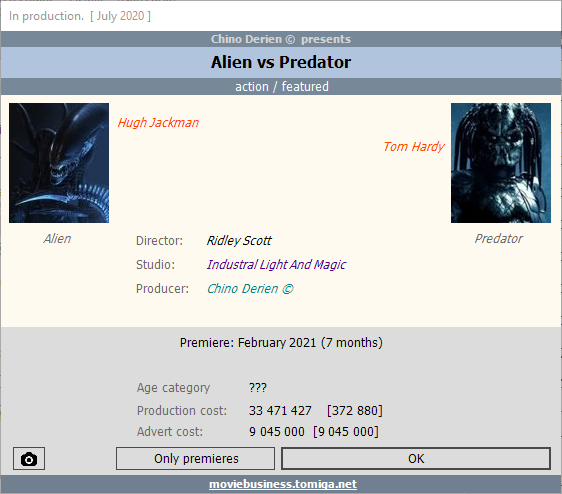 Some characters have become iconic in the history of cinema. They are often different types of monsters. They can come from literary classics like Dracula or Frankenstein or be created by cinema like King Kong or Alien. Often, such a hero is not associated with a particular actor but is a character in himself played by different artists at different times. In the game you will be able to use the image of such a monster regardless of who will play him in our movie.

In case that the actor has played the character of such a monster in his career and he will have a cult photo related to this role, it will have priority over "generic” monster.

To check the list of available monsters in the game in the search engine, enter a special code showAllMonsters

2 thoughts on “In the next version... Monsters”