Yes, today is the day. After several weeks of intensive work, I would like to present Edition 2019 of Movie Business 2. Before you download the file, however, a few summary words about what you will find in this version.

Till the release of 2019 Edition of Movie Business there is not much time left. So it's time for a final summary of all the new features along with several author comments. As usual, the corresponding text, this year, titled What's new in edition 2019 of Movie Business 2 you will find at my personal blog. This is a summary of all post that you had the opportunity to read on the game page, but even if you followed them carefully, it's worth looking not only because there was a few additional information, but also to see images from the new version of the game. 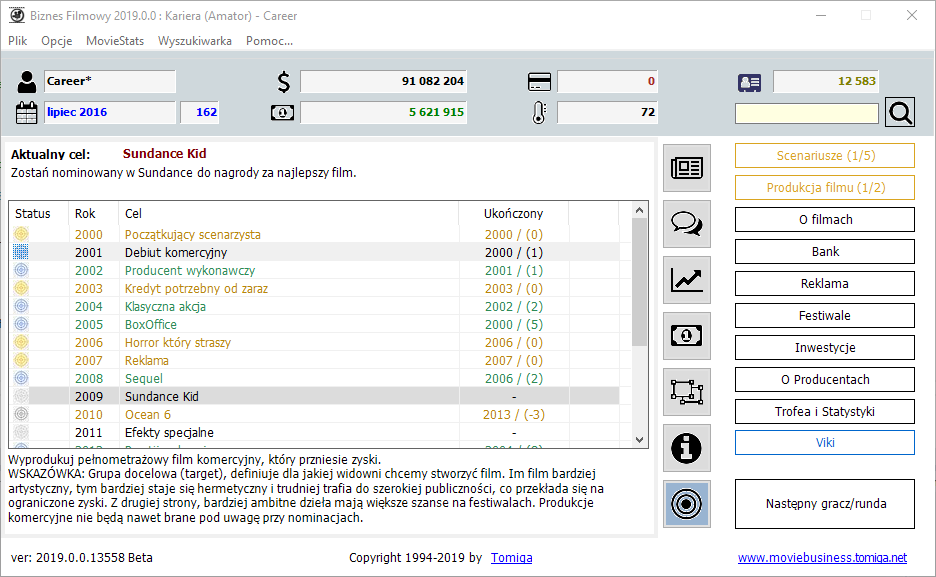 A link to this post has, of course, been added to the section Director’s cut and now I invite you to read a long text about What's new in edition 2019 of Movie Business.

The 2018 Edition among the events that may appear during the production were those related to the reaction of the audience after the test screening. It was an event somewhat detached from the reality of the game, because the player could not organize such a show. Expanding the potential events in the course of production I decided to fix it. In the latest version on the occasion of major productions, just before the premiere, the player will be given the opportunity to organize such a test show. Its result will be feedback from viewers and critics, what went wrong in the film. 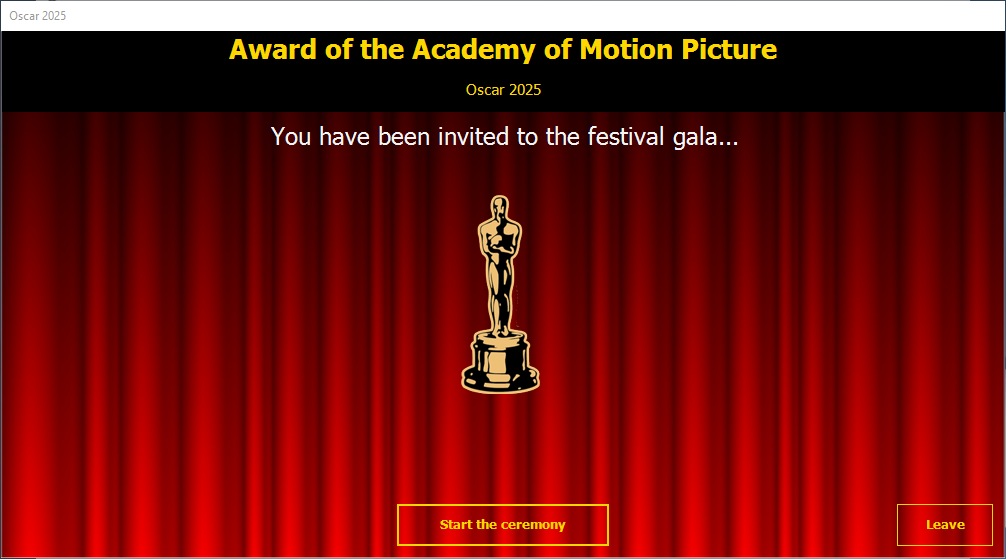 Today about the most advanced mechanics that will be introduced in the Edition 2019 of Movie Business - something that I've named during working: motives and tag.

A large part of the beginner players are still complaining about the unpredictability of the game (more specifically, it can not be reconciled with the fact that one movie brings huge profits while the other, similar at the first glance, makes a lot of losses). It seems to me that the core issue is not the unpredictability itself, but the lack of tools to analyze what is happening in the game. Hence, in the new version, such a tool will appear in the form of simple analytical tools. 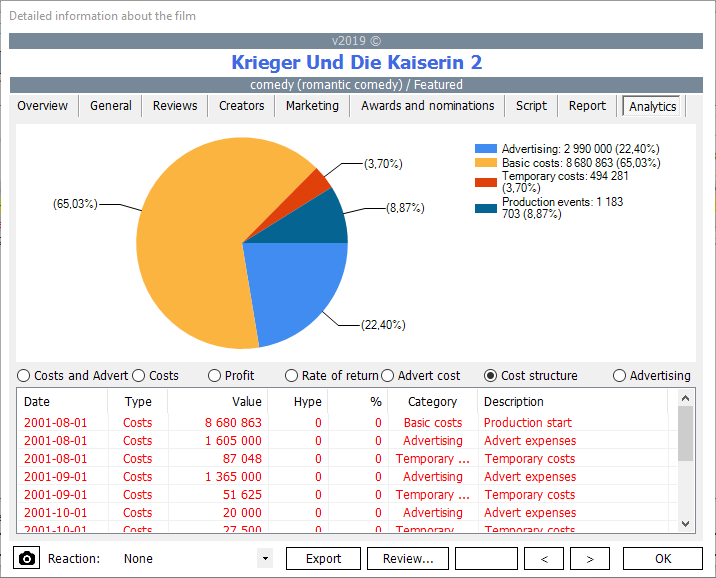 One of my lecturers from Human-Computer Interaction course asked us once how much the application should have modes?… The correct answer was… 1. It is clear from this perspective that Movie Business is a badly designed application with 4 game modes. Unfortunately, life is not easy and different users have different needs and preferences, hence the number of game modes in the Movie Business will be greater than 1 ... However, observation of players' behavior has made me realize that some changes are needed in this area.

It seems to me that the mechanics of the investments in paintings and cars it is not used currently too often by players. I decided that in the next version I will give you more reasons to use it. Well, you can give gifts in the form of cars or paintings. Who will you be able to give them and for what?

The first new functionality that will appear in the 2019 edition, about which I would like to tell you are character types.

Until now, creating a movie based on a specific scenario during choosing the actors it was best to fit them to the genre of a given movie. For example, for action films, we usually chose actors with a large action parameter. This strategy worked very well in the game, but it was a certain simplification in relation to reality, because not always the best action movies consisted of heroes whose main attribute was overall physical fitness. The best action films in history, apart from the interesting hero, also had interesting villains – and often side characters with different characteristics that gave them uniqueness. In addition, placing X characters with similar characteristics in the movie strongly limits the target audience to lovers of a particular genre.

The faithful fans of the game know that end of the year is the time when I work more intensively over the next edition of the Movie Business game. So today I can officially confirm this. So, work over Edition 2019 Edition has been started. Apart from this annoucement I have today also some general information about the content of the next edition.