Today about the new functionality available to Donors. Several times there were suggestions from players to allow for an infinite game time or to be able to continue the game after completing the standard time for a given type of game. I didn't quite like this idea due to the fact that the game contains many time-dependent algorithms. These include aging creators and other dynamic parameters. An additional problem is data structures that can be overloaded with too long a game period. A longer explanation of the lack of such functionality can be found in FAQ section. 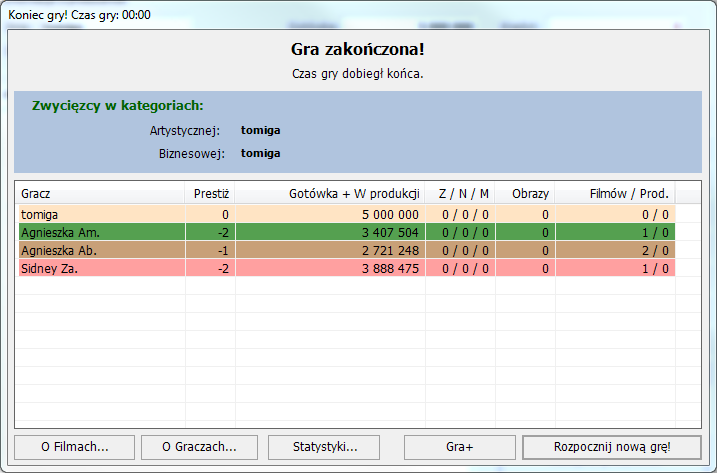 However, to meet the expectations of players, I decided to do a little experiment and provide a new option called Game+.

Well, it will rely on the fact that after the end of the standard game in classic mode, party or challenge the player in addition to Start a new game donors receive button Game+. If you select it, the game does not end, and playing time is increased to 2050 year and the player will be able to continue to continue.

However, this mode has a few limitations that will prevent all standard features from being available in Game+.

First, you won't be able to earn trophies or save stats to your profile. During Game +, the option to save the game will also not be available (I assume that Game + is only intended for situations when the player is so involved in the game that he "forgot about God's world").

I think Game + will most often be used in a challenge mode, where it often ends at the 'most interesting moment' of the game. Thanks to this option, you will be able to continue the game despite reaching (or not) the goal of the challenge.

Despite the implementation of such a mode, I am not entirely convinced of it (it is a bit inconsistent with my vision of the game), therefore this option will be available only for Donors the Bronze level (and above).

After all, if someone decided to support the project financially, he may ask a bit more than a standard player. If he wants to play a bit longer despite less realism, go ahead, he will get this option.